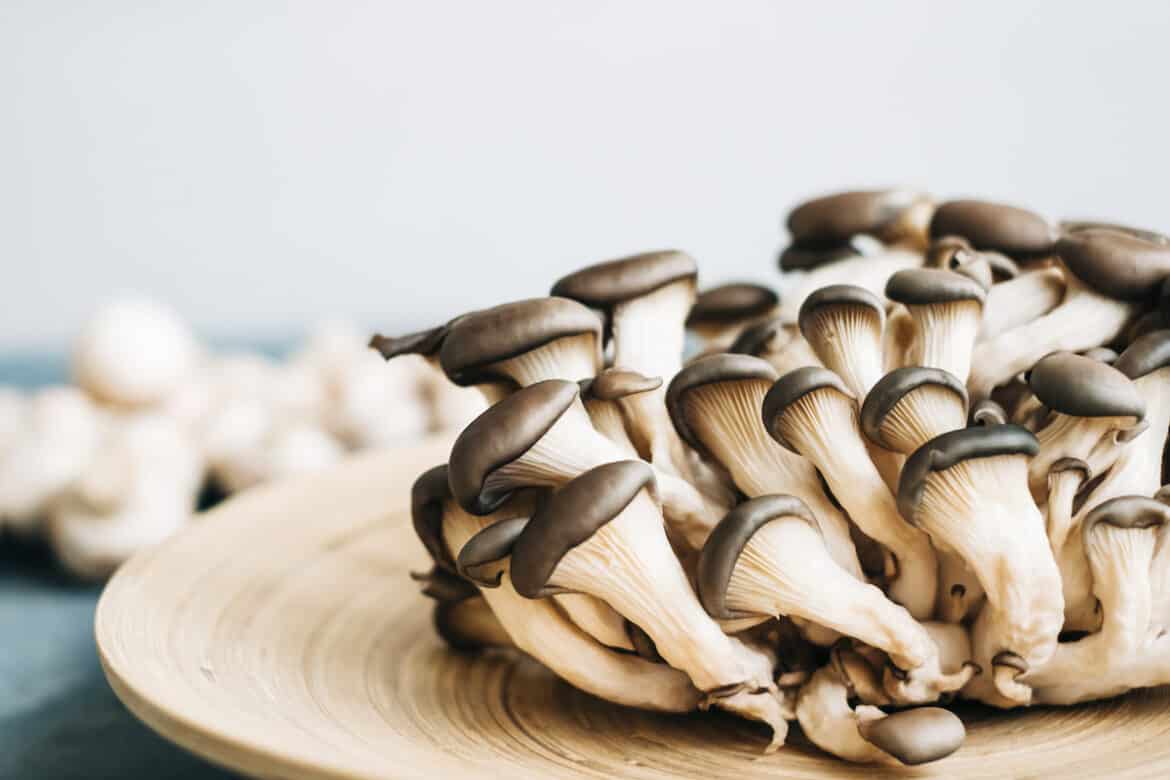 Oyster mushrooms can be cultivated on straw, wood, coffee grounds and a range of other cellulose rich materials. This oyster spawn strain is a great commercial producer on both wood and straw. This oyster spawn is known for large fruiting bodies, fast spawn run, and a beautiful blue color that is vibrant when young. This oyster spawn produces mushrooms in a wide range of temperatures from 55-75 degrees F.

Blue Oyster Mushrooms scientifically known as Pleurotus ostreatus var. Columbinus, is a meaty mushroom that is widely consumed around the world.

The common use for blue oyster mushrooms is for eating.

Technically speaking, blue oysters are a subspecies of pearl oyster mushrooms. The most significant difference is in the bluish caps and gray-colored gills of the mushroom.

Blue Oyster Mushroom are one of the most versatile kitchen ingredients. You can use them in almost unlimited ways, and they add a ton of flavor and texture to whatever dish you’re making.

However, it might get a little boring using the same old button, cremini, or portabello mushrooms every day.

That’s where the blue oyster mushroom comes in! This unique mushroom is a subspecies of the Oyster mushroom family and is so named because of its blue color and subtle oyster flavor.

It has a delicious tender, meaty texture with the perfect amount of chew.

Blue oyster mushrooms are an edible subspecies of pearl oyster mushrooms. They have a large blue cap and grayish gills that connect the stem and cap and are easy to identify. They are culinary mushrooms with no psychoactive effect and are consumed worldwide. They grow in humid regions on rotting wood.

There are no reviews yet.

Be the first to review “Blue Oyster Mushroom” Cancel reply